This account looks at how Scottish housing organisation Hillcrest successfully implemented comprehensive digital processes in Accounts departments across its four businesses in a quarter of the time usually required and allotted.

According to a McKinsey Global Survey, the Covid-19 crisis brought about years of change in the way companies in all sectors conduct business.

Hillcrest prioritised its plans to upgrade its digital document management, which had been used in the business for ten years, as a means to enhance operations.

Hillcrest executives Angela Murphy, Finance Manager, and Mark Flattery, IT Manager, are among those who point to technology’s rise in strategic importance as a critical component of conducting business, and not just as a source of cost efficiencies.

The Hillcrest Group has a clearly defined ethos with aims and values that contain watchwords such as sustainable, well-being, excellence and innovation that are embraced across its four businesses: Futures, Homes, Maintenance and Enterprises.

Hillcrest had worked with Document Logistix for many years and turned to the document management specialist to ask how quickly, comprehensively and safely a company-wide digital solution could be implemented.

Document Manager integrates with leading platforms such as SAP and Sage and, when departments are using different platforms, can function as a central document sharing hub.

Among the Hillcrest project goals were integration with QL Finance and the implementation of OCC from OpenText to capture data contained in 50,000 invoices processed annually

Angela Murphy says that historical payment processes created issues such as bottlenecks at each stage of the process, for longer than Hillcrest would have wished. Bottlenecks, in turn, generated too much repetition and duplication leading to unproductive communication to resolve issues that may have been avoided if more timely.

Other historical pitfalls resulted from the proliferation of multiple image and document types.

As for many companies, the Covid-19 outbreak caused business disruption and remote working exacerbated any process inefficiencies.

“Automation became a high priority,” Angela says. “We viewed this as a sprint project. Speed – managed speed – was of the essence.”

The Document Manager implementation was more complex than most as each Hillcrest company had a different structure to the chart of accounts for coding purposes and three different workflow processes depending on the type of purchase (purchase order, works order and direct payment).

The coding of invoices has been simplified using the templating feature by supplier and automated matching with open purchase orders and works orders. Express works orders are now flagged for attention if required data is not present to allow payment, and the invoice approval process is better defined, controlled and automated.

The transition from Test to Live was undertaken one company at a time over a period of about two weeks, with very few issues and positive feedback from end users.

Tim Cowell, Document Logistix CIO, commented that the fast-track project stood out in a number of ways. “Hillcrest has been a model customer to work with. Their project team was very enthusiastic and thorough at all stages, and they came to the project with well-defined and realistic expectations. Hillcrest also allowed enough time for meticulous testing to be undertaken prior to roll-out, which does not always happen even though it is imperative for any business that wants to achieve optimum results.”

The teams at Hillcrest and Document Logistix worked closely to implement, test and roll-out the new systems.

A straw poll of organisations that had undertaken comparable projects revealed that they took a minimum of eighteen months and usually more than two years to complete. The Hillcrest digitisation project was completed in just six months while working under the constraints of Covid guidelines.

Angela Murphy says that people throughout Hillcrest experienced very positive changes following the project’s completion: “Everything was immediately less cluttered; email communications subsided; we had clear user dashboards visuals; managers and directors felt they had effective tools to assist them; and stakeholder relations in our Maintenance business were enhanced.”

Angela concludes: “With automated alerts on tasks, thresholds, authorisations and escalations, we can now be much more targeted and focused - for example, in the case of a payment dispute - and eliminate potentially relationship-damaging bottlenecks. The tasks and reporting that were previously too complicated to generate more regularly than on a weekly basis, we can now do easily every day.

Before and after digitisation

It is not often that an organisation can review and overhaul its workflow processes as the task can appear overwhelming.

However, once committed, a business has opportunities to introduce unique automated processes that embed policies and best practice, with nuances, as required, for different user types.

Hillcrest looked to overhaul and supersede historical practices that included paper management, manual processes and scanning. The aim was to build a future-proof, sophisticated system aligned to the organisation’s guiding principles that would support its plans for growth and diversification.

Hillcrest estimates that it currently saves 10-15 hours a week in processing time, and predicts that savings will increase to 30-40 hours when the system is fully bedded in

A host of intangible benefits and future potential

Angela Murphy comments that with digital transformation not everything is visible. “The positive changes within Hillcrest have been far reaching.

Everyone felt part of the project. We have witnessed a change in staff mindsets, more engagement, and an increase in confidence.

The new systems facilitate collaboration and, because transformation is a journey, not a destination, we foresee further enhancements.”

The availability of business intelligence reports, exception reports, line-of-sight across invoices in the general ledger, and ready reconciliations, mean that Hillcrest can mine its new administrative platform to strategic business advantage.

The watchwords in Hillcrest’s values underpin the Group’s leadership programme and all of the Group’s activities.

A digitisation project is no exception. Sustainability? Innovation? These attributes had to be incorporated in the business justification plan for a back-office function as much as they would be a natural consideration for housing projects.

Service is a prime performance metric in the Housing sector which is heavily regulated and requires detailed statistical returns about suppliers and delivery. As Document Manager has ready reporting and full audit trails of activity, Hillcrest is now in a position to demonstrate exactly how it achieves best practice.

Both Angela Murphy and Mark Flattery acknowledge that the ambitious timescale for the digitisation project was daunting. However, both agree that the implementation of Document Manager in just six months “went like a dream.”

Mark says: “The project was really fantastic and technically smooth. The Document Logistix team was always proactive in the way it sought to add value to Hillcrest’s business.”

Tim Cowell, Document Logistix, wanted to put on record his appreciation of the effort everyone put into the project. “Angela was a great Project Manager but it must be said that all of the team played vital roles in making this project a success. It’s been a while since I enjoyed a project that was both a technical challenge and such a pleasure. I am looking forward to working on further enhancements, with additional workflows to address the automation of other areas of the AP process.”

Who else can we help? 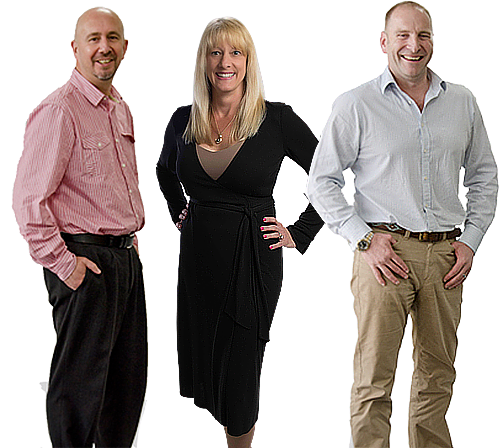